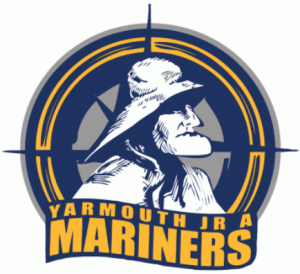 Echo Bay, Ontario native Tyler Brown will be headed to Eastern Canada for the final season of his junior eligibility where he will join the Maritime Hockey League’s Yarmouth Mariners. Brown played the 2013 – 2014 season with the Quebec Major Junior Hockey League’s Blainville-Boisbriand Armada and Québec Remparts.

In 46 regular season games in the QMJHL season last year, the 6’2 and 205 lbs forward found the back of the net for 4 goals and 4 assists. Before joining the QMJHL, the Echo Bay native played for the Northern Ontario Junior Hockey League’s Blind River Beavers.

During his stay with the Beavers, Brown dressed for 96 regular season games and scored 32 goals and assisted on 37 in a Blind River jersey. In 8 post-season games in Blind River, the 19 year old forward had one goal and four assists in the NOJHL playoffs.

Coach Jim Bottomley of the Yarmouth Mariners told the Junior Hockey Network that “each team gets to select 10 players from the Q from outside the Maritimes in a supplementary draft.  This year we selected Tyler.  When we heard he was available we contacted Thunderbirds and worked out a PDF in return.”

“Tyler is a big forward who has a scoring touch that has 3 years of junior hockey experience with playing last season in the QMJHL. We expect  Tyler to be one of our leaders on the club with his experience, while leading our team.  We will work with Tyler to assist him in his desire to play at the university level”, said Bottomley.