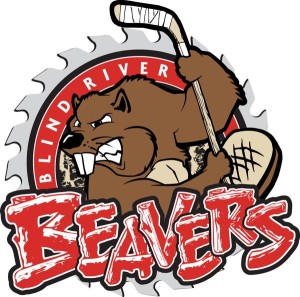 The former Soo Greyhound forward signed a contract with the Toronto Marlies of the American Hockey League for the 2014 – 2015 season. The Marlies are the NHL Toronto Maple Leafs affiliate.

When Findlay played in Blind River for the Beavers, Brett dressed for 50 games where he sank 28 goals and 59 assists for a total of 87 points and accumulating 51 penalty minutes.

In 2013 – 2014 as a 21 year old, the former NOJHL star started the season in San Francisco with the Bulls in the ECHL before joining the Alaska Aces. In 69 ECHL games last season, Findlay tallied 22 goals and 32 assists before helping the Aces to the ECHL Kelly Cup title. In 19 playoff games with the Aces, the Echo Bay forward added 3 goals and 8 assists.

Junior Hockey Network talked to Brett about signing his contract with the Marlies. “Its obviously a great feeling. If you would have asked me 6 years ago if I would be signing a pro contract with the Toronto Marlies and attending the rookie tournament of the team I grew up cheering for I wouldn’t have believed it. There is a lot of people who have helped me get here and I am very thankful for all the support my friends and family have given me”, said Findlay.